Some columns write themselves; I suspect this will be one of those. Back in the 1990’s, I got to know Lloyd Noreen. I knew of Lloyd before but was formally introduced to him by his daughter, Wendy. LLoyd and I began an excellent relationship that really helped me learn and grow. I worked for him on the farm while I was working at the Sheriff’s Office in Warren.

Lloyd was a very laid-back man who was also very hard-working. He seemed to be quiet but could be a fantastic contributor to any conversation. I think of him occasionally and a few times each year-I meet someone who knew him too-this happened recently at work.

Dean Kaushagen stopped by to see me one day. Kaushagen was a block-layer and mason, same as Lloyd. He worked for Lloyd and had some very good memories of him. He told me how good an instructor Lloyd was and how he protected the men who worked under him. He also told me how Lloyd would work very hard as he performed very high-quality work. Kaushagen told me Lloyd taught him a valuable lesson about performing high-quality work instead of just trying to hurry through a job. He learned the lesson while helping Lloyd fix someone else’s mistake. That lesson was why Kaushagen came to see me.

I have written about Lloyd over the years. He deserves more ink than I’ve given him but I like to keep most of his memories for myself. Dean Kaushagen was doing a some wood-working one day and made a little mistake on the turning lathe. He was just about to throw out the piece he was working on, when something stopped him. He went to throw the piece and one of my old columns caught his eye; the column was about Lloyd. Kaushagen remembered that lesson about doing quality work and thought to himself how LLoyd was still helping him, Lloyd’s memory was helping Dean Kaushagen to remember to focus on the work at hand and my column had been the catalyst.

The piece Kaushagen was about to throw away was a hard-turned vase with a small flaw. He brought that vase to me as I was one of only three people who had connection to it. Dean told me about how Lloyd’s nickname was “Pearl” which I thought was just right for him as he was a man of great value to many people. The vase is “Pearl’s vase” but it now sits in our home. It was nice of Dean to give it to me and the conversation was such a good way to spend a few minutes. It was also the only way to bring Lloyd back to our world-through memories. Thanks, Dean and thank-you Lloyd. 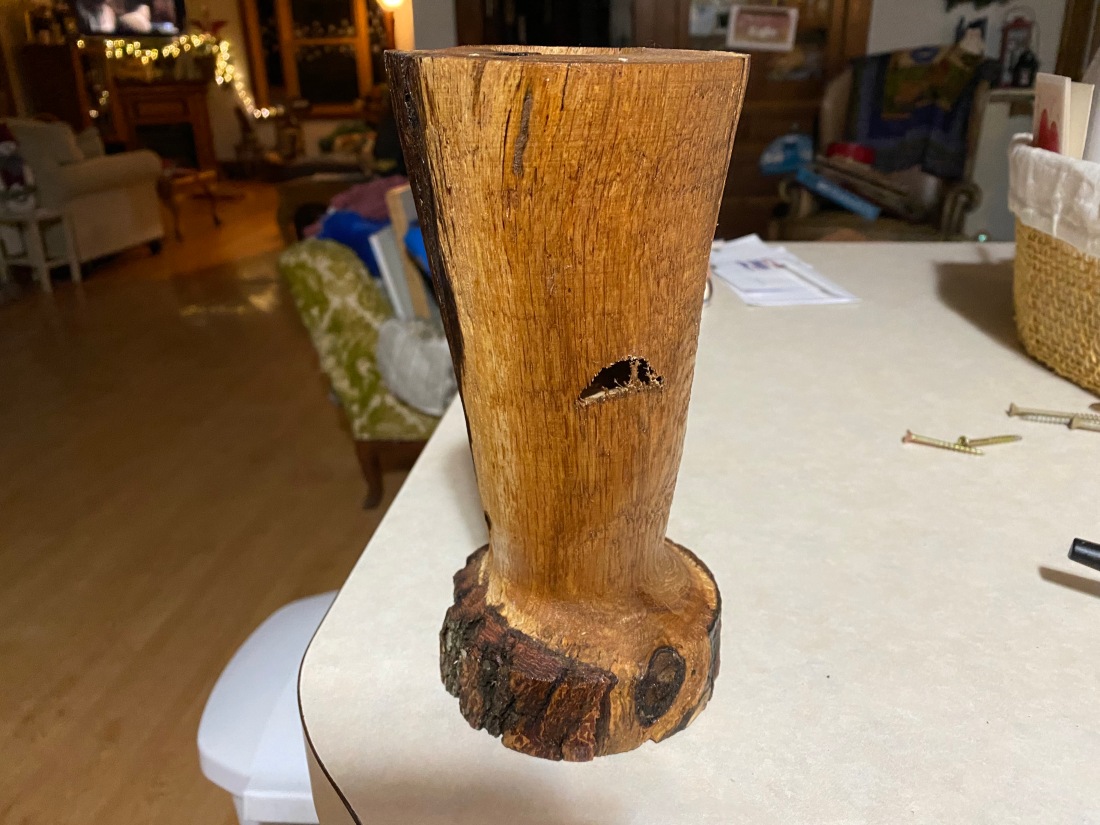